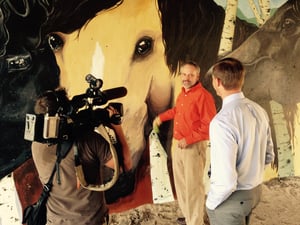 The arts are alive and well at Lutheran High School. We have experienced a groundbreaking year in many ways including the launch of the Art Academy and the relocation of the musical to the PACE Center. But it doesn’t stop there:

We are celebrating the arts on Thursday, May 12th. The night kicks off at 5:30pm the Deep Space Gallery in Parker with the opening of the art academy’s senior shows. Light refreshments will be served. The night continues one block east of the Deep Space Gallery at the PACE Center for the LuHi Arts Showcase starting at 7:00 PM. The Arts Showcase will feature the Concert Band, Men’s and Women’s Choir, the Jubilate Choir, and the select scenes from this year’s musical, The King and I.

Both of these events are free and open to the public. We encourage you to make an evening of it in support of the arts at LuHi!

Schedule for May 12th