The LuHi athletic program excels in developing athletes through serious competition in a team-centered environment to the glory of God. LuHi junior Ty Freedman shares this about his time participating in LuHi sports, “It has been an amazing time. The friendships I’ve made [on the field] are unforgettable and there is a strong feeling of Christian brotherhood.”

The LuHi Lions are looking ahead to a great spring season with six different sports: baseball and lacrosse for boys; golf, soccer, and tennis for girls, and co-ed track and field.

Welcome to Scott Hormann who is LuHi’s new head baseball coach! He has 25 years of coaching under his belt and is also the Director for USA Prime Colorado Baseball and co-owner of the Chaos Clubhouse indoor hitting facility in Littleton. He’s passionate about coaching players not only in their skills but also in perseverance after failure. As a coach, he aims to encourage life skills for young men as they one day look forward to becoming great husbands and fathers.

He says, “I’ve watched LuHi Baseball grow over the years and I truly believe it is on the cusp of becoming a baseball powerhouse in our state. I know some of the players and love the God-first atmosphere that I was brought up with. I am truly blessed to be able to call Lutheran home now.”

In 2021, the Lions finished made it to the Final 4 in the state tournament and had a Varsity Record of 19-2, and were undefeated in League Play. The first game of the season is March 14th, so be sure to wish the boys luck when you see them!

Kevin Volz loves coaching golf because it inspires conversations about life. In one recent meet, he was able to teach a player, “This is bigger than golf. It’s about your character and that’s what matters!” He has over eight years of experience coaching golf at LuHi.

The girls golf team has expanded every year since the program started in 2013. In 2021, the Lions saw their largest program participation in school history. Two golfers qualified for State last spring and we are excited to see how to team continues their upward swing this year!

This may be Coach Trevor Minshall’s first season with our team but he brings ten years of coaching experience to the team. He’s looking to grow our team to become a strong 4A competitor once we move up a division.

Coach Minshall played Lacrosse at Metro State University where he was honored as the first All-American Athlete in the program’s history. He currently teaches PE at Parker Core Knowledge in addition to being our head coach. “There is always something you can improve on in lacrosse as both a player or a coach. I love the community; it is such a small-knit group of people.”

Come cheer on the LuHi Lacrosse team at their first home game on March 11th.

Coach Ashleigh Fitterer played D1 soccer at the University of Louisiana at Monroe, graduated, and went on to play for a semi-pro team until she was injured. Since her junior year in college she’s been coaching local club and high school teams for a total of ten years experience. At LuHi, she was an assistant coach on our 2021 team that made it to the Quarterfinals in the State tournament where they lost a well-fought and heartbreaking game to league rival Kent Denver. The team had an overall record of 9-3 and a League record of 8-2.

Coach Fitterer’s goal as head girls soccer coach is to keep God at the center, foster positivity in the players, and model integrity, sportsmanship, discipline, responsibility, humility, teamwork, commitment, and respect. She enjoys that she can “give back to the game that I love to help develop that same passion in the players that I coach.”

The Lady Lions start their season with an away game against KIPP Denver on March 14th.

The Lady Lion Tennis team is another ever-growing program at LuHi but still has the benefit of being a non-cutting team sport. Head Coach Matt Henning began playing tennis in high school and has coached for two years. "Being able to teach such a great sport is truly an honor. My favorite part about coaching tennis is that the fundamental principles are applicable in everyday life, as well as our spiritual walk with Christ."

Coach Henning also has a degree in nursing and is the Vice President of Medical Informatics at Healthcare Al. He and his wife have three kids, and two of them are students at LuHi.

The team usually participates in about 7 matches a year, so be sure to check the school calendar to find a way to cheer them on!

LuHi’s Track and Field has gained a reputation of being a strong competitor in 3A. The boy's team earned four state championships between 2014-2017. Last year, the boy's team finished 4th at State, had seven top 3 finishes at meets throughout the season, and had 18 first-place individual event finishes. The girls had an equally impressive season with a 2nd place finish at the Metro League Championship meet, 4 other top 10 finishes at meets throughout the year, and 16 first-place finishes in individual events throughout the season.

They are led by Coach Darwin Horan who has coached for over 30 years. He competed on the track and field team at Arizona State University and became a coach because of his deep appreciation for his coaches. He is passionate about helping athletes develop direction and purpose in life. He is grateful to have been given the opportunity to coach all four of his kids.

Be sure to check our calendar and cheer on the Lions this spring! A big thanks to our talented and qualified coaches. These athletes couldn’t compete without you!

The LuHi Athletics program is excited to announce head girls basketball coach Mark Duitsman achieved his 200th win of his career this season. 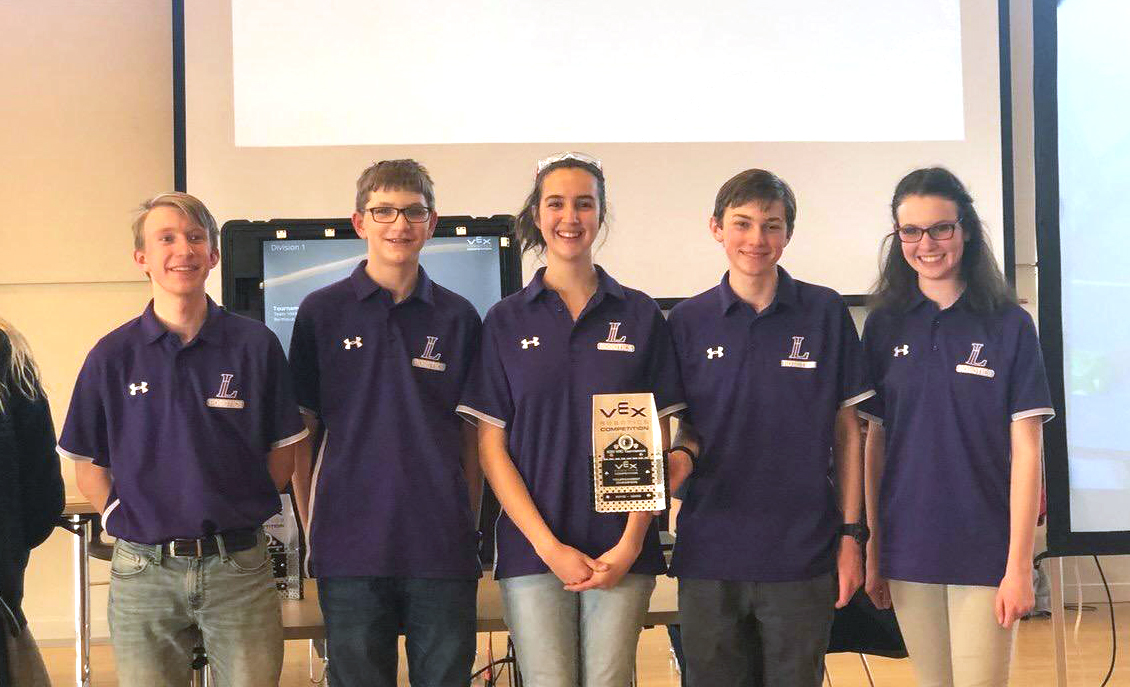 Our Robotics Club makes STEM skills accessible for all students, giving them a fun opportunity to develop skills in mathematics and problem solving. Our three directors speak on their love and passion for the theatre. These 3 teachers have cultivated a community of talented students.