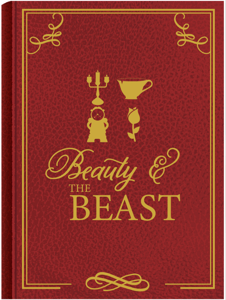 By now, you’ve seen the signs, read the emails, or heard someone talking about Beauty and the Beast. This year's LuHi Musical is one of the most iconic Disney movies of all time. It has become a hit on the Broadway stage as well. So how does Lutheran High plan to bring this “tale as old as time” to the stage?

It won’t be easy! From the set to the costumes to the music, everything about this show brings unique challenges. This article will give you a glimpse behind the scenes of the preparations going on to make this show a reality. 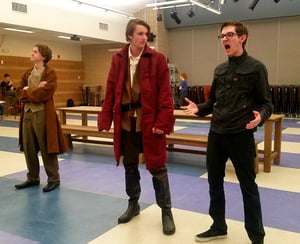 The costumes and makeup for Beauty and the Beast have brought their own challenges. LuHi has been incredibly blessed to have Ellen Weidner, a former Denver Lutheran parent, to head up our costumes. She has been working on costumes for months now with her team of volunteers. Theresa Carper helped create the intricate costumes for Cogsworth, the Wardrobe, and more!

Ellen also coordinated a team of volunteers from Redeemer Lutheran Church in Colorado Springs that made all of our tableware costumes for the showstopper, “Be Our Guest.” What a blessing from our brothers and sisters in Christ!

The challenge of makeup is being handled by an incredibly talented makeup artist. Tanja Hald, the mother of LuHi student Vanessa Hald, has worked on musicals both here and at Southeast Christian. If you saw Wizard of Oz, you saw some of her unbelievable work. We can't wait to see what she creates for this show!

LuHi senior Caden Whittington will be working on some of the makeup as well. Caden did makeup design for Fiddler on the Roof and is part of the Art Academy at Lutheran High. With special effects makeup being a passion of Caden’s, we are thrilled that she is on board again for this show.

The Story of the Set

One of the most visually striking components of the show will be the set. The set planning was an early discussion point for the directors last June. “You’d be shocked to know how much a set determines the rest of the show. The look of the marketing and costumes, the choreography, even the size of the cast are all dependent on what the set is going to look like” shared director Jillian Lietzau.

The production team explored renting a set as an option. On a whim, they decided to call to see what a rental set would cost. They discovered that the University of Northern Colorado was renting the same one LuHi was interested in. UNC's show was two weeks before ours. The company informed us that we could rent the same set for only the cost of shipping from UNC to the PACE Center. This size of set needed a full semi for transport. You can imagine how thankful we are for the money this saved!

In February the team learned their set was damaged and repair wouldn't be possible by mid-March. The set company had finished a brand new Beauty and the Beast set less than a month before. Now, both UNC and LuHi will get to use the brand new set pieces in their shows! It's amazing how God can orchestrate things even like a set rental.

The production team spent lots of time meeting with the PACE Center staff to coordinate some of the unique technical challenges that this show faces:

From handling stage weapons to special lighting, these unique scenes take a lot of coordination with the PACE Center staff.

The cast loves getting to perform such an iconic musical. But, the actors have an awareness of audience expectations of how certain songs or characters should be played. Many people have seen the show either on stage or on film. The students are embracing the challenge of performing these beloved characters.

From our cast to our crew, we are looking forward to bringing this show to life for our audiences!

Beauty and the Beast opens on Thursday, March 14th at 7:30 PM and runs through March 17th. Tickets are available now at parkerarts.org. See you there!