Your Guide to Everything Fiddler on the Roof - LuHi's 2018 Musical

“Without tradition, our lives would be as shaky as...a fiddler on the roof!”

As the Lutheran High Theater Department embarks on the adventure of producing Fiddler on the Roof, it joins a rich history associated with the musical. If you are not familiar with the show, you may be asking what the musical is all about. Why has it been so popular for so long and what does a fiddler on a roof have to do with anything? We are here to help! Here is your guide to everything Fiddler on the Roof. 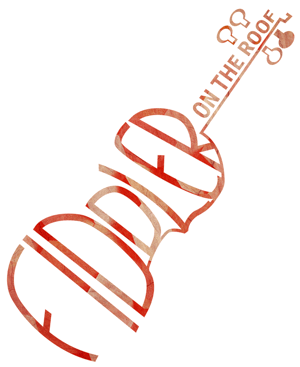 Fiddler premiered for the first time on September 22, 1964 starting a string of unprecedented successes for the show. 3,422 performances later, the show closed on broadway becoming the longest running show for its time. The show held that distinction of longest running for ten years and was also the first production to go over 3,000 performances in the history of musical theater.

From the day it opened, audiences fell in love with the music, the dancing, and especially the story. People that see the show are immediately able to relate with the struggles of the characters throughout the musical. Whether it is a family’s struggle through conflict, a person or group feeling that it is at odds with the culture, a religion trying to remain true to their beliefs, or more universal themes of love, family, and faith, the story of Fiddler on the Roof speaks to people of all ages and backgrounds.

With the serious themes of the show, it was not originally expected to do well. However, the nature of the show instantly resonated with audiences, changing what musicals could look like on Broadway. Many people point to the success of Fiddler as paving the way for future musicals of a more introspective nature such as the highly successful Les Miserables.

Maybe Fiddler on the Roof has seen success not only on Broadway but also on the big screen and in community and high school theaters across the country. In 1971, the movie version was released and received much praise. It won three academy awards and was nominated for several others. In high school and community theaters, the show has been a standard for years. In 2007, it was named by TIME Magazine as the 7th most produced high school musical of all time. 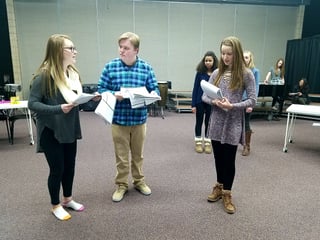 The question that most often surfaces from individuals that have not seen the show is, “what does the fiddler on a roof have to do with anything?” The fiddler represents the difficulty of living life without traditions. Set in the Russian village of Anatevka, Fiddler on the Roof tells the story of Tevye, a poor milkman, and his family as they struggle to keep their traditions in the Czarist country in which they live. With the ever looming anti-semitism and new ideals threatening their way of life, Tevye is forced to examine his traditional Jewish life against the influences from the outside world. The fiddler is a motif that appears throughout the show representing the struggle that Tevye is facing as he works through a changing culture and a changing family.

The show centers around a Jewish community steeped in Jewish tradition. You will notice several words and aspects of the culture that you might not be familiar with when you watch the show. Here are a few to be aware of:

New for this Year 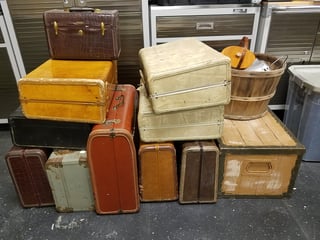 Fiddler on the Roof will be Lutheran High’s fifth musical performed at the Parker campus and the third at the PACE Center. Following Wizard of Oz, this year’s musical will certainly take a different tone to what was seen last year. While the production takes on some more serious themes, it is certainly appropriate for younger audiences as well. The show features several major song and dance numbers that are a sight to see for all ages.

Another thing that you will notice from this production that contrasts with previous years is the use of the chorus. Fiddler on the Roof prominently features the role of chorus members singing and dancing in the majority of the numbers. The role of chorus member is not taken lightly in this show. From the opening notes of “Tradition” to the rambunctious song “To Life”, the chorus provides an energy that you will notice immediately.

There are a few other surprises for the audience, but we aren’t going to tell you everything right now. You’ll have to come to the show to find out. Fiddler on the Roof will be shown Friday and Saturday March 16th and 17th at 7:30pm and Sunday, March 18th at 2pm. Tickets on sale now at http://parkerarts.org/2019/Shows-Events