What Moving the Musical to PACE Meant for LuHi Theater 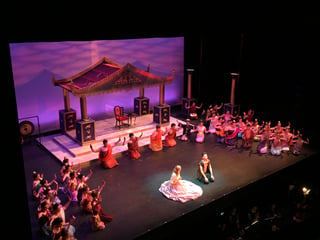 Two years ago, the LuHi theater program took on a new challenge by presenting the first musical ever at the Parker campus of Lutheran High School.  “Godspell” was a huge hit and started a new chapter in the performing arts history of Lutheran High.  The production was held in the Lutheran High flex room which functions as a theater but also serves as our chapel, lunch room, multipurpose room, and even a classroom from time to time. 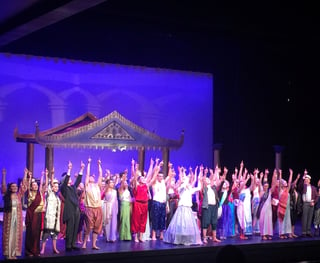 While the flex room was functional for musicals, it was extremely limiting in terms of what could be accomplished.  For instance, the stage was just over 30 feet wide and about 24 feet deep. Using an orchestra in the flex room was nearly impossible as they had to fit in a corner to the side of the stage.  Only 6 or 7 people could be in the orchestra for musicals.  The flex room had 6 wireless headset mics for the actors and actresses and a limited lighting setup.  The theater program started looking for a solution as they wanted to keep growing the musical and pushing the limits of what could be done on stage.  Enter, the PACE Center.

The PACE Center is a 500 seat auditorium in downtown Parker.  It was built in 2011 and has been serving the Parker community as a location for concerts, plays, musicals, community gatherings, wedding receptions, dinners, and so much more.  The PACE Center is a state of the art facility that provides theater goers with a top-notch, professional experience that rivals the best community theaters in the area. 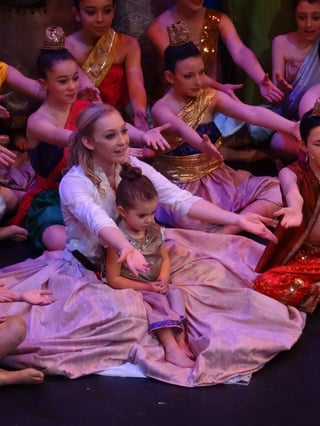 When LuHi decided to move the musical off site to the PACE Center, a  whole new realm of possibilities opened up.  Here is just a brief overview of what PACE offered for this year’s LuHi musical:

Other tech enhancements included a full lighting rig and a fly system for drops and other scenic components.  They also offered full sized dressing rooms, a green room, online ticketing, advertising to the community, ushers for each performance, concessions, a full staff of stage hands and so much more.

>While the PACE Center provided infinitely more possibilities for the production team in dreaming up what a show could look like, ultimately it was about the kids who got an opportunity that many of high school students only dream about. 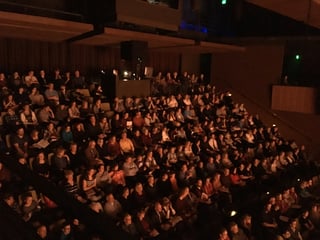 in the history of the Parker location of Lutheran High School.  Thirty five high school actors, 25 grade school actors, 10 techies, 18 orchestra members, 8 production team members, and countless parents and adult volunteers all came together to present something to the community unlike anything seen before at LuHi.

The production was a huge success with over 1200 people seeing it in two days and a sold out Friday night show.  Those numbers set a new LuHi record for attendance at a theater production!  We are excited by the success of the theater program and look forward to seeing what will be achieved in the future.