Devotion: The Parable of Risk

Here’s the surprising truth: our inadequacies don’t surprise God. In fact, they’re a blessing. He called us knowing we would need to rely on Him.

I’m going to ask a question. Instead of responding immediately, be still for a few moments and reflect on the feelings it stirs up.

Have you ever felt inadequate?
What do you feel?
What memories have been dredged up?
What kind of conversation are you having with yourself or God in this moment?

This question strikes a deep chord in most people because it gets at the heart of who we are. It reminds us we are imperfect humans and that we’ve made mistakes; we’ve messed up on tests, missed that field goal, failed a friend, the list goes on.

But the worst part is that when we make mistakes, the enemy tricks us into thinking they define us. We let our inadequacies scare us from taking important steps because we risk failing. We’d rather be safe than sorry.

But what if Jesus wanted us to take that risk anyway? What if safety isn’t his goal?

In the Parable of the Talents, Jesus tells a story about a man who goes on a trip and leaves money behind with his servants to invest wisely. When he returns, he discovers that two of the servants doubled his investment, so the man invites them to be his partners. However, the servant who received the lesser amount of money tells him this:

“Master, I know you have high standards and hate careless ways, that you demand the best and make no allowances for error. I was afraid I might disappoint you, so I found a good hiding place and secured your money. Here it is, safe and sound down to the last cent” (Matthew 24-25 The Message).

Wow. Who wants to go see that story projected on the big screen? A movie about a guy who plays it safe? It’s not exactly Academy Award material.

Playing it safe doesn’t make an interesting movie and it doesn’t make an interesting life story for any of us to lead. Worse, it’s a harmful Kingdom story. When the man in the parable hears that his servant squirreled away his money and didn’t add to it, he is angry. “That’s a terrible way to live! It’s criminal to live cautiously like that! If you knew I was after the best, why did you do less than the least?” (Matthew 25:26 The Message).

Do you think he would have been as angry with the servant if he had invested his money and lost it? I don’t. 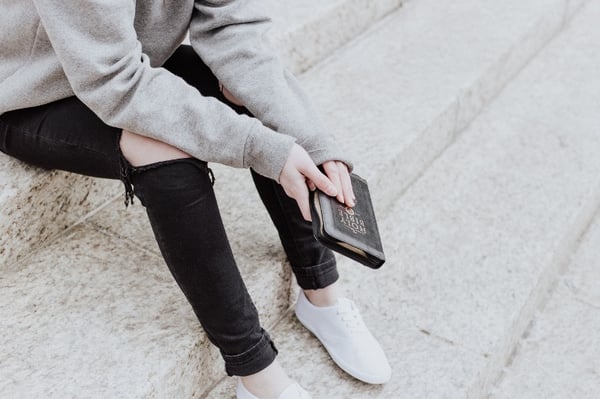 When it comes to following Jesus, risky living is faith living.

More than anyone, Jesus is well acquainted with the risks of living on this earth. He took on human flesh, endured pain, and loved sacrificially, taking the ultimate risk when he gave up his life for us. But this is the good news of the Gospel: Jesus’ death abolished our absolute greatest risk: final death. His resurrection promises us life and everything we need to risk our lives loving this world.

Here’s the surprising truth: our inadequacies don’t surprise God. In fact, they’re a blessing. He called us knowing we would need to rely on Him in our weaknesses, and that makes us stronger (2 Corinthians 12:7-9)

So when God calls you from the sidelines into the game, giving him your best isn’t by saying, “Coach, I can’t play. I’m afraid I’ll make a mistake,” or, “I’m not ready,” or, “I’d rather be safe than hurt.”

In C.S. Lewis’ beloved book The Lion, the Witch and the Wardrobe, Lucy is afraid of encountering Aslan, the Lion, and asks if he’s safe. Mr. Beaver replies, “Safe? Who said anything about safe? ‘Course he isn’t safe. But he’s good. He’s the King.”

Instead of sitting on the bench because it’s safe, say “yes!” to using your God-given talents to grow the Kingdom. Say “yes!” to giving him your best. Say “yes!” to stepping out in risky faith in the middle of your inadequacies. You can do all things through Him who strengthens you (Philippians 4:13) and you will have an epic life-story to tell at the end of it. 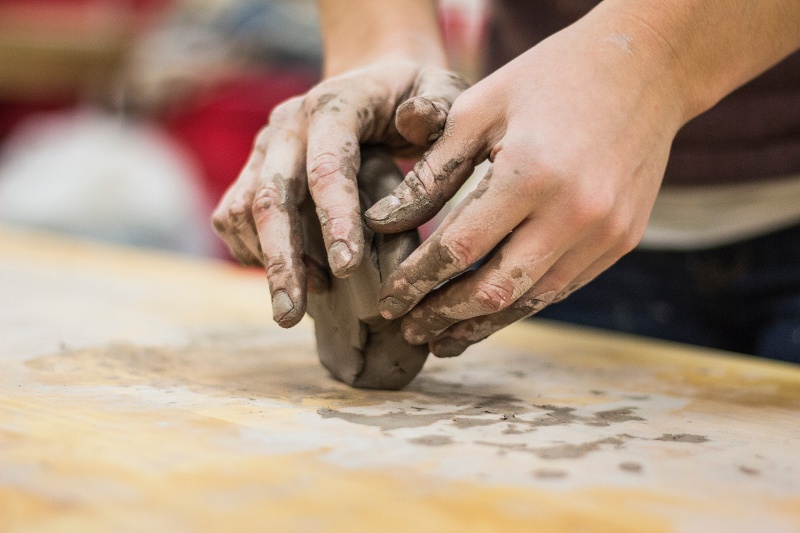 Though our lives can feel lumpy, unfinished, and plain, we rest in the truth that the Lord is not done with us yet. He shapes us into something beautiful.

It’s not surprising when God speaks in Scripture, His most common, comforting command is this: Do not be afraid.