“I need to go to a bigger high school so that I can get a college scholarship.”

For Lutheran High School, being a 3A school with an enrollment of 475 students (550 students projected for (2017-18) means that we hear the above statement from prospective families on a regular basis.

Despite being untrue and despite Lutheran’s proven record of sending double-digit senior student-athletes on to the next level every year, many to D-1 and D-2 schools, it continues to be one of the most commonly used reasons for student-athletes and parents who choose not to attend a mid-to-smaller sized high school.

In Colorado and beyond, the perception exists that college coaches will only recruit kids from schools of a certain size or classification, or that true competition only exists when 1000+ kids are involved.

The thought is that recruiters, especially those from D-1 universities, will avoid the gyms and fields of lower classification schools, as if there is no possible way that a high-quality player, coach, or program could exist in a small school or small town.

I know many current and former college coaches, and I cannot recall hearing any of them cite a prospective recruit’s class size when listing their recruitable attributes. I have, however, heard many times about how a recruit is coming from a high quality school, or a highly respected program where they were well-coached, all of which are things not determined by a school’s classification or enrollment.

To be clear, I am not saying that there aren’t some outstanding coaches at larger high schools in the area. I certainly know of some whom I have tremendous respect for, but their quality is determined by who they are as people and leaders, not by their school’s classification. In the same way, I can name just as many exceptional coaches and programs at smaller schools.

So what are recruiters looking for?

The topic of college recruiting is only applicable if there is first a student-athlete with the skill and athleticism worthy of being recruited. That is something that everyone within this debate can agree on.

The bottom line is that college programs are looking for players who can help them win. An athlete can go to the biggest high school they can find, play in as many showcases as they want, pay for skill lessons and fill up every weeknight and weekend with club games and training from private coaches, they can subscribe to recruiting services and make a fancy highlight reel, but none of that matters if a college coach does not think that the recruit will help them win.

So, with talent as the baseline of this process, the next step is for student-athletes to understand that there are literally thousands of high school kids just like them: skilled, athletic, and hungry to play at the next level.

It is here where the separation amongst recruits starts to occur, as the college programs are no longer just looking to see if you can make a jump shot or get separation from your defender, but also if your character, personality, academics, leadership skills, and habits are a good fit for their school and program.

The other differentiator is multiple sports. Many top-tier college coaches have gone on record in support of multi-sport athletes, and the statistics easily explain why as these individuals develop more overall athleticism and a variety of skill sets, all while experiencing less burnout and reducing the risk of overuse injuries.

Lutheran High School head coaches work together to make sure that those who want to participate in a variety of sports have every opportunity to do so, which is a difficult dynamic to find in the bigger classifications.

This becomes the classic quality vs. quantity scenario, and standing in the way of facts is the belief that bigger always means better.

Most would agree that this is not the case in education, as a more personal environment along with smaller class sizes has been proven to lead to more student attention and academic growth than you would find in an overflowing classroom. The most important element in that situation, of course, is not the class size but rather the quality of the teacher. 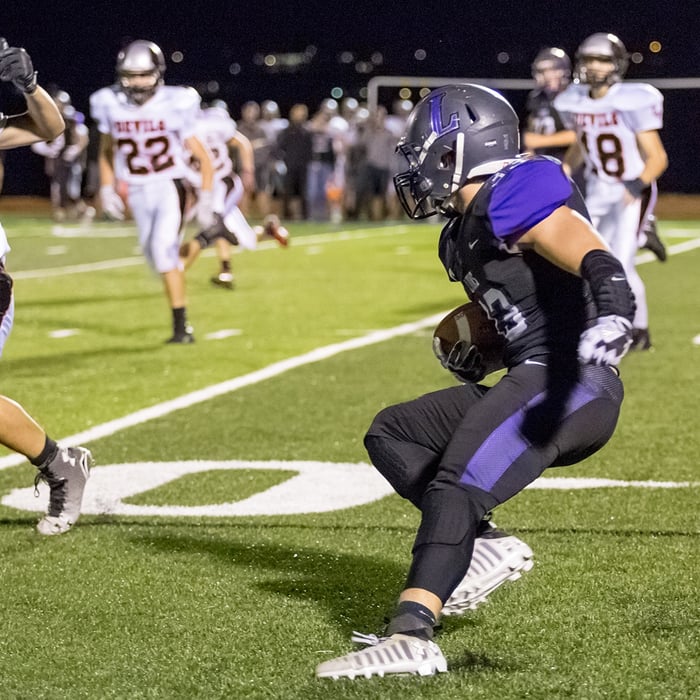 Would it be any different in athletics? What matters more: the size of the school you play for or the quality of coaching you are getting on a daily basis?

A fair argument would be that the level of competition is what matters most. Much like a rigorous curriculum would be in the world of academics, a challenging schedule will bring a higher level of effort and execution out of an athlete.

While true, I would again counter that such effort and execution is only relevant to the recruitment discussion when it is fostered by quality coaching and character development. Additionally, playing for a bigger school does not guarantee that the daily competition will be greater.

Colorado is proof of that as CHSAA just recently passed a mercy rule for basketball. Such a rule would not have ever been passed, let alone proposed, had there not been an undeniably large number of lopsided games happening at the higher classifications, and those lopsided games would not be so frequent if a team’s talent and level of competition was merely determined by school enrollment.

The other neutralizer in this issue is the rise of the internet’s role in recruiting. Gone are the days of an athlete from a remote town or small school going under the radar. High school’s movement to online statistics and game film has made every player accessible.

These days, rather than worrying about whether or not a college coach will ever come to your game for you to be seen, you can bring your game to them through easily created and shared reels. With the help of technology, the belief that you will only be seen by playing on the biggest stage is simply no longer true.

In the end, I believe the question at the heart of the big school vs. small school decision is simple: does a school’s classification dictate an athlete’s character and work ethic? Obviously not, but coaching and culture certainly do.

And that is one of the many reasons I believe so strongly in Lutheran High School and our athletic department. Not only do our programs excel in the areas of skill development and competition, not only do we promote and support multiple sport athletes, not only do we send our seniors off with college scholarships, but what separates the LuHi experience is the Christian Character Development of our student-athletes.

Lutheran High School has consistently proven that classification does not determine recruitment, and I look forward to watching future Lions continue to shatter that myth for years to come. I hope you will join us!

The difference between a charter and private school

With school choice in Colorado, it's hard to know what the differences between schools are - especially charter and private schools. 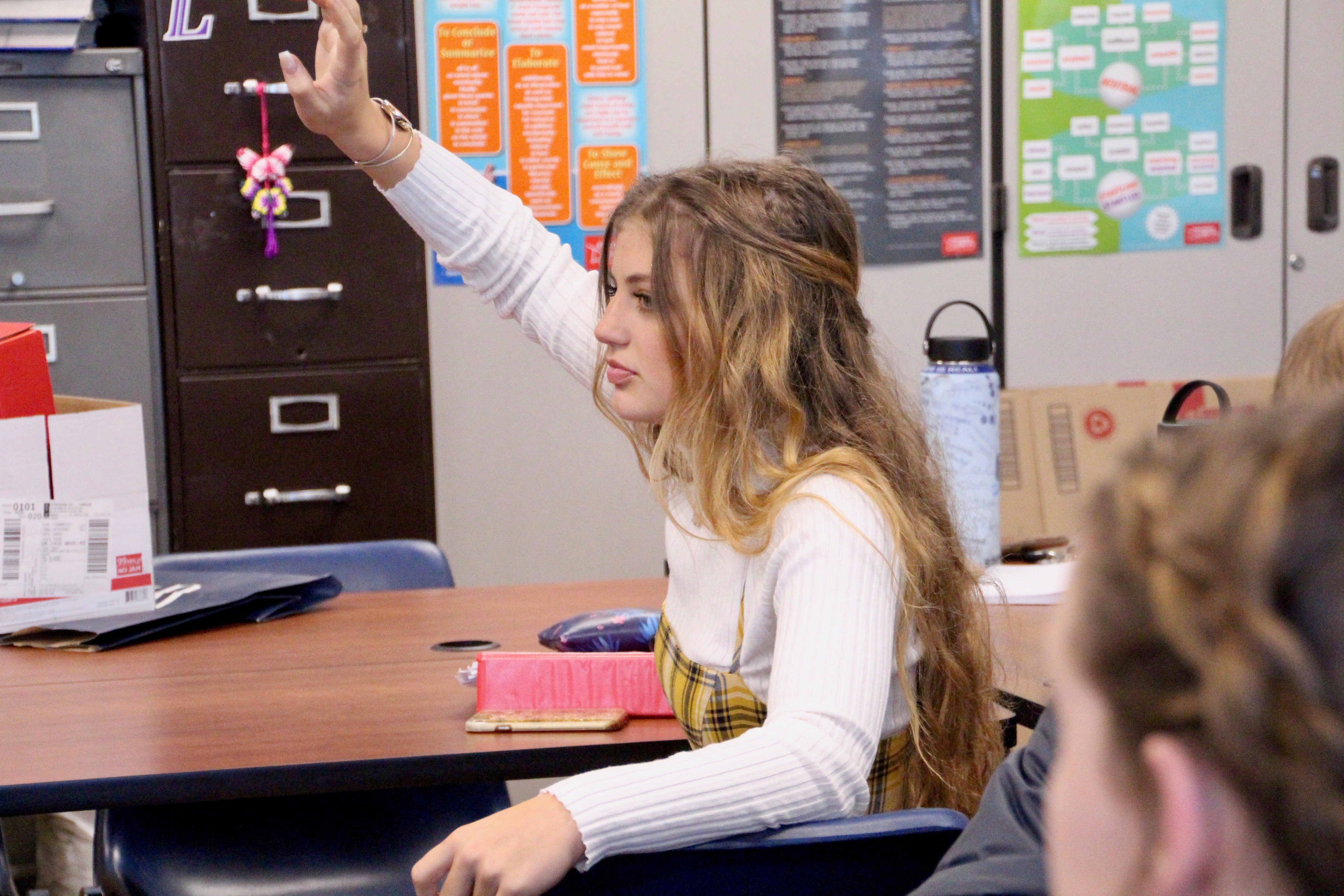 We’ve compiled a list of 10 questions to ask when you're considering a private school for your students. Use them as you tour local high schools. 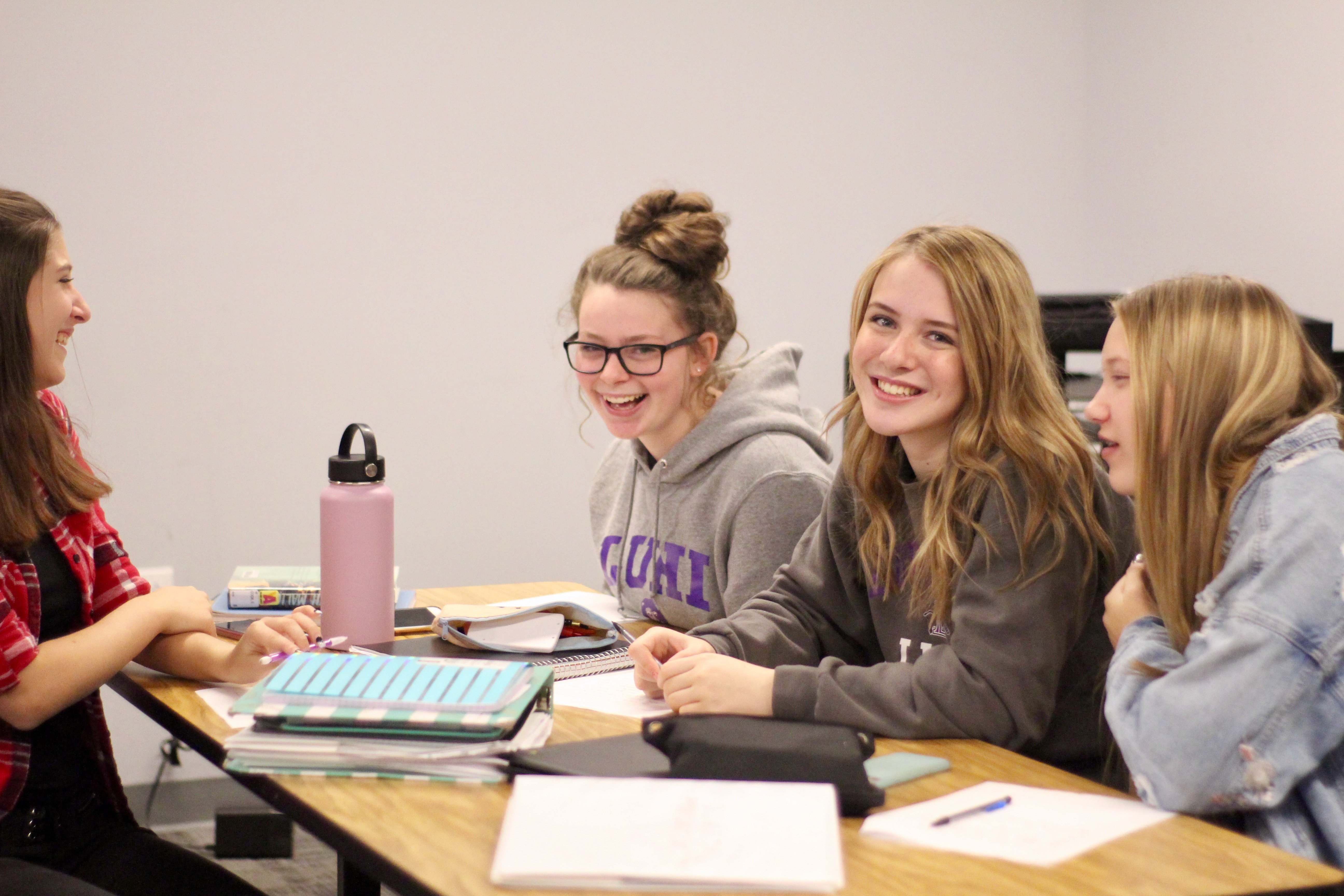 Is a Private High School Right For My Student?

There are so many school options in Colorado. How do you pick what's best for your student? Here's some questions to ask as you consider high schools.