Mr. Craig Parrott has spent more than fifty years in schools and jokes that he still doesn’t know what he wants to be when he grows up! But once you get to know him, it’s clear that God has gifted him with the passion and talents to teach God’s Word to high schoolers. LuHi is very happy to have our veteran Theology teacher return after teaching twenty-one years at Denver Lutheran High and nine years at Faith Christian.

Mr. Parrott is teaching Senior and Sophomore Theology classes and is also a part-time guidance counselor. He’s comfortably settled back in the community, especially as he remembers his last two years at Denver Lutheran. They were bittersweet, but also among his favorite memories. 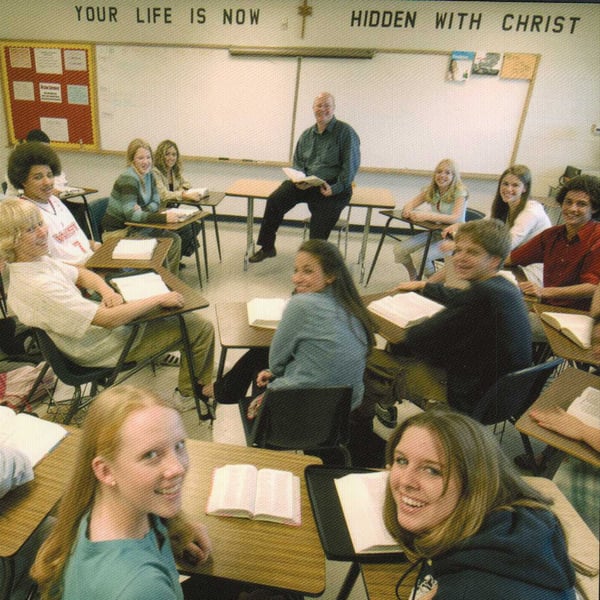 “The last two years were full of grief – not unlike a spiritual crisis--but it was a very rich time because we were going through it with people we were close to.” This richness was due in part to the closeness of the faculty, the maturity of the students, and because Mr. Parrott knew that God was up to something exciting.

Lutheran High Parker was born, and according to Mr. Parrott, the faculty and the students are still exemplary, especially within the challenges of a pandemic.

“The core of a school are the students. I am so blessed with the level of maturity and responsibility at Parker. There can’t be any students who have been working harder than the students at our school. They are like-minded and eager to learn and listen to God’s Word.”

I was once a student of Mr. Parrott’s and can say that it’s easy to be excited about the Bible with him as a teacher! I specifically remember the practice of journaling prayers and meditations on Scripture. It helped me talk with God honestly and personally in a way I hadn’t ever before.

Interestingly, Mr. Parrott didn’t always want to be a teacher. He originally intended to go to seminary, however, as all high schoolers should do (seniors take note!), he considered a friend’s suggestion that he teach. Since he had high school experience teaching elementary students in VBS and other venues, he decided to pursue Secondary Education with a major in English and a minor in speech and drama at Concordia University in Seward, NE.

His first teaching call was to Baltimore Lutheran High which he viewed as an ongoing apprenticeship with the devoted faculty. While there he got married, had three children, and even preached on Sundays at his church as the church President for two years when the parish was without a pastor. After three years he moved to Denver.

When God called him to LuHi Parker, Mr. Parrott relocated from north Denver to Parker to fully commit to the LuHi community. “My wife Michelle and I moved here with the sole purpose of teaching the students. God sent me for them.” 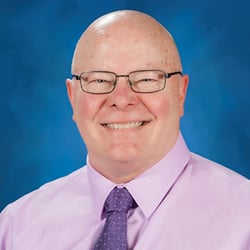 This year he is teaching on the book of Ecclesiastes and secular worldviews, but this summer he also felt God leading him to teach on the book of Revelation. He’s always enjoyed the prophetic book, but he also felt that with current events, students needed to hear that Jesus is still King. “Did you know the word throne is used 48 times in the Bible? Jesus is on the throne! The book of Revelation is all about Jesus’ glorification and exultation and he is going to be returning. All authority and power has been given to him. He’s allowing tribulation in the hopes that people will come to him and repent. Jesus is with his people and moves among the churches. He’s going to preserve us and he is in control of a world that seems to be spinning out of control.”

This is a comforting word for LuHi students in times like these. And Mr. Parrott says that it is humbling to be able to participate in Bible studies with his students. “I get to see the Spirit in these kids and teach them the truth. We feel more and more like fish out of water because this isn’t our home, but I’m thankful they are brothers and sisters in Christ. They are more than students. They are truly the family of God.

“I’d like to thank the students for their acceptance, respect and courtesy. It takes a couple of months for relationships to take root and for students to trust a teacher. So thank you, students, for taking me into your community and letting me teach you.”

What does Mr. Parrott do in his spare time? In the summer he reads, plays board games, and gets together with friends, but mostly he says teaching is the fun stuff of life. “I don’t feel like I have a job. I get to learn about the book of Revelation with my students and I get paid for it! That’s grace upon grace.” Welcome back to LuHi, Mr. Parrott! Both our staff and students are excited to learn from your godly wisdom and share in community with you again.