LuHi Student and Music Artist, Simon Gross, is releasing his first album! Learn more about how he developed his creative process in Music Academy.

Simon Gross is blazing new trails in Music Academy. He's the first to write, produce, and release a full-length album before he graduates. He will release the 8 track electronic album, Overworld, under the artist name Krypto. The album was about a year and a half in the making, and it's already gaining traction. The first track, Thesis, was released last October and hit 100 streams by December. 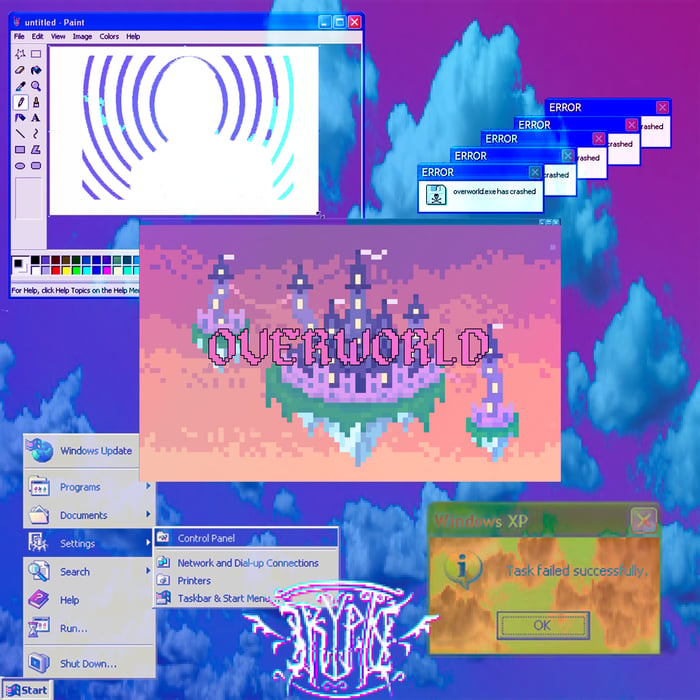 Simon shares that it all started his junior year when his Music Academy project veered off his projected course. He was studying film composition and became very interested in a Swedish composer, conductor, and record producer named Ludwig Göransson. Simon knew of Ludwig from his work on the Tenet and The Mandalorian. He quickly learned Ludwig's discography was much broader, and he'd worked with artists including Childish Gambino, Adele, Haim, and more.

This opened Simon's eyes to a world of new possibilities. He began to ask himself, why not me, and why not now? So he began to gather equipment, develop his creative process, and find a distributor so he could stream his music.

Simon made his DJ set up his own. Most professional DJs have CDJs that cost well over $1000. Simon has a simplified, DIY system that includes a launchpad, a launch controller, and the very popular production software, Ableton.

"People are debating if Ableton will be the new industry standard, so it's a big deal. The software allows for arranging plus has a lot of live performance aspects. The only thing is that you have to make it all happen yourself, so you're building from the ground up," Simon explains.

Besides his equipment, Simon also plays guitar, piano, and trombone - all of which he can incorporate into his music.

I asked Simon to walk us through his process. He said it starts with finding inspiration, "I view writing music as additive art; gathering information from other people and then putting your own twist on it."

He dissects the sounds he likes, figures out how to reproduce them on his equipment, and then adjusts the sounds to make them his own. He remembers one instance of finding inspiration, "I believe the song was Rumor by Moore Kismet. It has this nice synth that hits on every 1/8th note; it sounds super wavy and just super nice. There's a tad bit of crunch. And I was interested in that specific sound, but I didn't have all the equipment Moore Kismet had used to make it. So I used free software and anything else I could to create a similar sound. Then I processed it in my own way with the strategies I normally use: adding in other stuff, layering drum progressions and vocal snippets, bringing in things from other songs. It turned out to be a big compilation of all my inspirations into a two-minute fifty-second song."

The song is called Prometheum and is out now, by the way - listen here.

He shares more about Prometheum as we start to talk about sampling, "I used a vocal snippet of a popular philosopher named Alan Watts. I was just starting to write the album. It was a new feeling, so this snippet of Alan Watts talking about creation and order - I thought it fit the song super well, so I included it in the processing."

The last song on the album is called Grandeur. It pulls samples from almost every other song on the album. Simon calls it a letter to himself, "[Writing the album] has been a sort of healing process. I didn't want to stop writing because I had been doing it for a year and a half, and I felt like, now what do I do? So I wrote the song as a letter to myself and put in a lot of chords that I really liked and connected with. I thought it was a dope way to end the album. I'm super proud of the intro and outro."

Porter Robinson and DJ Madeon are two of his primary inspirations. "I think Madeon is the reason why I wrote this album. In November of 2019, I went and saw his live show. It was one of my first electronic concerts ever. From that moment on, I was super, super passionate about producing and performing. And then 2020 hit. So it was kind of a delayed start, but then once the school year started back up in 2020, I knew I had to do this."

When asked how he feels about putting out his first album, he shares, "It's scary to have a full body of work out there." And he's right. Sharing your artistic creations with the world is intimidating; the creative process is a vulnerable one. Simon is eager to share that self-doubt, writer's block, and even imposter syndrome are something he struggles with when he creates.

He was quick to convey how he copes with these feelings. "I'm totally open about going to therapy. It was like a year or two ago therapy really started helping my writing process. I have generalized anxiety of sorts, and I'm on medication for it. This has been a mental health journey. When I was working on a song called Hashrate*Anxiety the phrase 'I should' kept popping up. So I put that vocal in there and repeated it. It helped me process my anxiety at the time, which was super cool. A lot of what I worked through is dealing with a fraud complex."

Imposter syndrome, or fraud complex, is the internal struggle of believing that you are not as competent as others perceive you to be.

More from Simon: "I started producing when I was in the eighth grade, right? I had this tiny, hundred-dollar keyboard with 25 keys, and that's about all I knew. Then, I started using Ableton, and I made some bad music. It was a good starting point, but the results were so bad. I produced it with this cheapo, free software. Then, during my freshman and sophomore years, I started taking it a little bit more seriously, did proper processing, and found different resources to use. So I'm always improving. Even now, I feel like I'm improving when making new music. That's the point I've hit to deal with my own fraud complexes: I'm not a fraud; I'm developing."

I asked Simon why he chose Music Academy. "My sister was in Lights Academy, and I remember her really enjoying it. But that's not how I express myself. So I asked, how do I express myself?"

He considered Music Academy and found that the application questions helped him define his goals and think through what he wanted out of an Academy. "In Music Academy, I've not only gained the skill to be confident in my own writing, but I'm also confident that music is my passion. Going into Music Academy, I knew I liked music, but I didn't know what I wanted to do with it. But now I found my calling, and that's a big deal."

Simon graduates in May, but he's thinking about his short and long-term future. Even though he's not quite sure what's next, he's still making new music. "I'm going to play some unreleased stuff in my live show. I think there might be a companion EP next, but I don't know. I'm hoping to find management over the summer to kickstart that. I'll see where it takes me."

Next fall, he's headed to UNC in Greely to major in Business and minor in Music. He's looking forward to using the state-of-the-art recording studio and audio engineering tools to hone his skills. His goal is to leave college with a good understanding of how to combine music performance and production with business.

As for the album release, you're invited! His live show is on April 9th at 6:30pm in the Performing Arts room at LuHi. Tickets are free, but you need to RSVP.

If you're wondering what to expect at the release, plan for a dance party! Simon paints a picture of a standing-room-only dance party where people hang out with their friends and vibe to his music. You can find all his socials and pre-released tracks here so give him a follow and RSVP to his show!

Lutheran High History Teacher Mark Doebele is in his 17th year of teaching. He discusses how faith and history fit together in his curriculum. 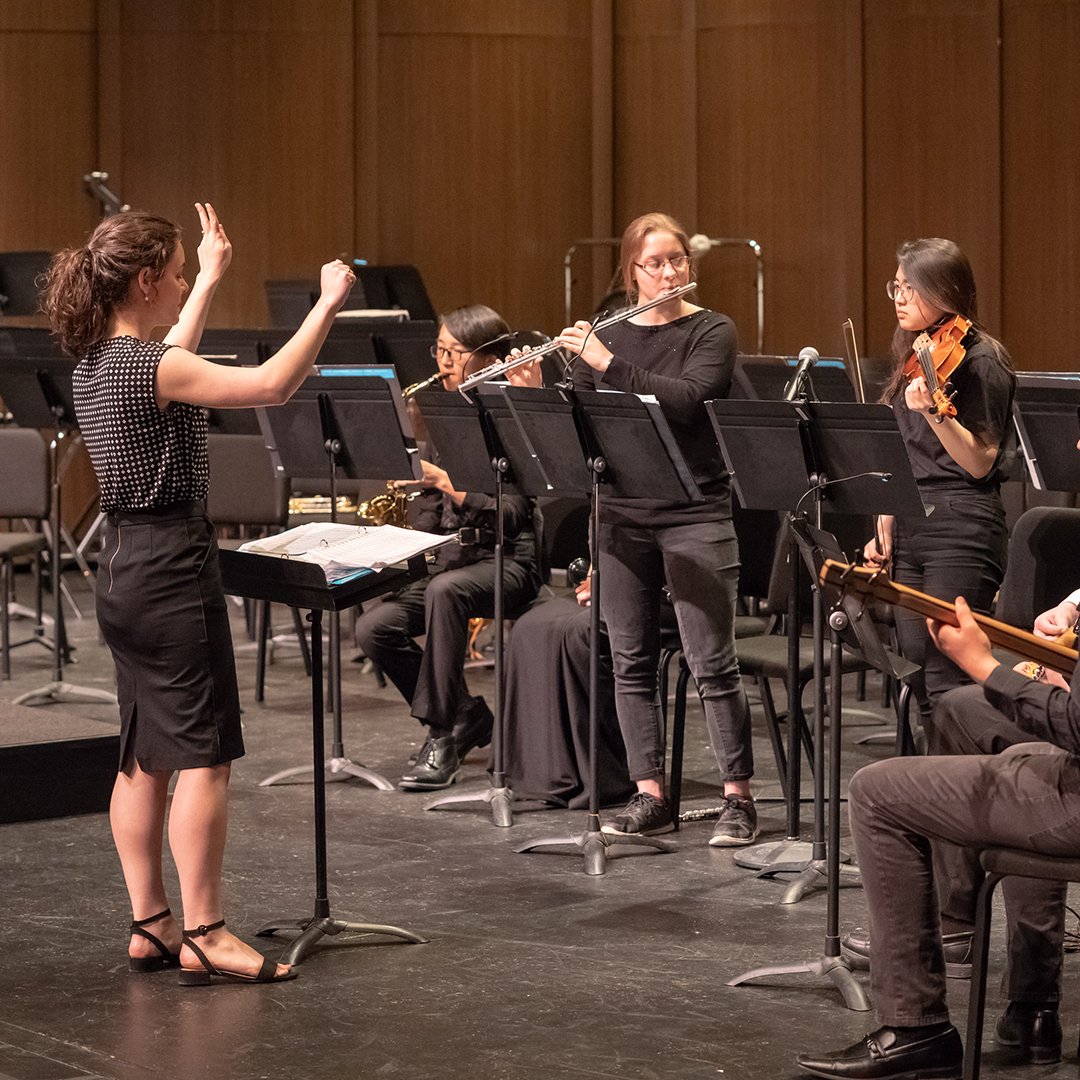 Meet Rachel Andersen one of our music teachers! She teaches Music Theory and Wind Ensemble and also leads BluHi Jazz.